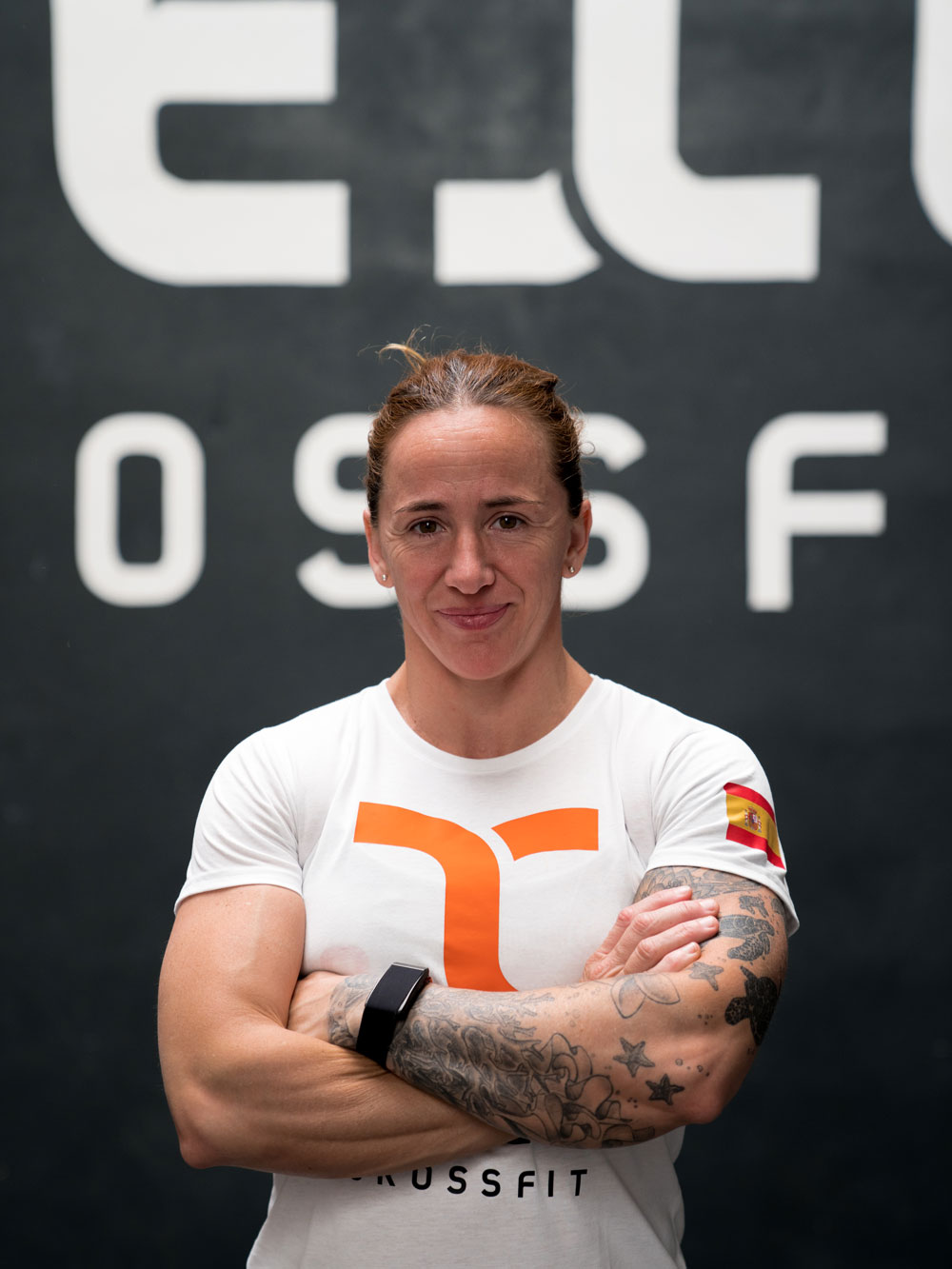 Training, history:
I train 5 days-per-week and one more day as active recovery, which usually includes some swimming and weaknesses practice.
All started 4 years ago more or less, when a good friend insisted that I should try a Crossfit class. It was not easy finally making it to the class, but once I did I totally fell in love and could't stop from that first moment on. After a few months I was invited to compete in weightlifting with the associated team from Valencia.
I decided later that this sport would become my life as an athlete and coach.

Nutrition:
Usually I weigh all my meals during the training week, even though I need at least one or two cheatmeals...
Since I started to train for competition and to take it as my lifestyle, I'm much more aware of the significance and the need of having a balanced diet.  In fact, I can confirm that an appropriate diet and good rest are the most important elements for an ideal performance.

When I'm not CF-ing...
I love travelling, meeting people and doing other sports outdoors such as surfing, climbing, trekking.. I like spending time with my family and friends as well.

I coach because...
I really love helping people to reach what I have learnt in my short but intensive career in this sport. I'm really happy when someone fights to achieve something and I'm able to assist it and help them with that!! Every step makes me feel helpful and I really enjoy it. I also love when people try so hard to finish a workout and then afterwards they thank you for your coaching and your tips.
Besides that I like programming for competitors because I feel like I'm doing what I really love and live for!